Receipt of the Medal with Dark Blue Ribbon

TOYO SYSTEM recently received the Medal with Dark Blue Ribbon, which is awarded to individuals or corporations that donate personal assets for the public benefit.

We are deeply grateful to all those people who work to protect safe livelihoods through preventing fire, crime and disasters on a daily basis, and we will continue to make wide-ranging contributions to society through various activities. 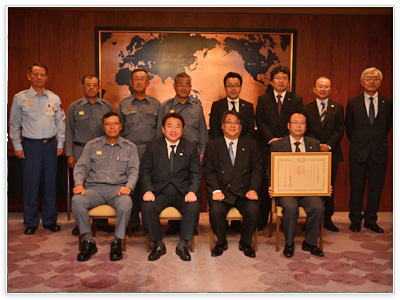